Yesterday i had the time to update my vSphere 4.0.2 environment... to the new released vSphere 4.1 version. First lesson i had to learn was the need of a Windows Server x64 architecture for the vCenter Server. After a few hours of dowloading the installation process began. 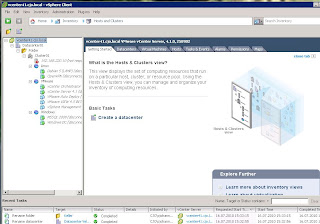 So i began to look for the firewall rules and there where several rules for the vCenter services, but... only for the domain membership! 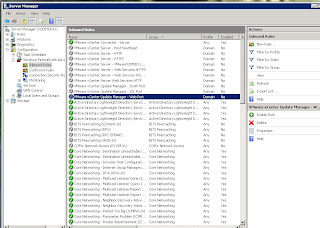 So, with this knowledge i bring the vCenter Server into the domain, activating the firewall, check the rules and everything was fine.

UPDATE: Today I had the same problem with ESXi 5 hosts and a vCenter 5 Server. All software firewalls were deactivated... but the network guys didn´t configure the ports as expected. So if your vCenter Server loses connection take a look into the Switch- and Firewall-Configs :)
Posted by Christian Johannsen at 11:06 AM